The history of Panasonic air conditioners

The history of Panasonic air conditioners 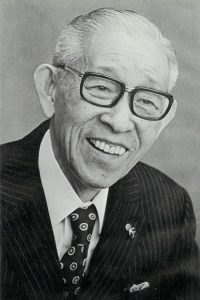 Founded in Japan in 1918 by Konosuke Matsushita, Panasonic are now renowned for everything from phones, cameras, televisions, DVD players, radios, home appliances to of course air conditioners.

Panasonic’s first air conditioning design was a table top electric fan in 1936 and this was a blessing to consumers during the hot summer months.

By 1958, the first Panasonic room air conditioner was developed and marketed under the National Brand. This was a world innovation being the first compact home air conditioner; prior to this only large business units were available. This air conditioner was a huge success due to its low cost and affordability. Prior to the introduction of this domestic unit, air conditioners cost between $10,000 and $50,000, equivalent to $120,000 to $600,000 today.

By 1975 Panasonic’s technology had rapidly increased and they became the first Japanese air conditioner manufacture in Europe and quickly expanded to include the rest of the world.

Over the next 10 years, Panasonic invested hundreds of thousands of dollars into their research and development with a focus on environmentally friendly air conditioners and by 2003 their range of air conditioners were non ozone depleting and energy efficient.

Below is an early Panasonic fan and domestic air conditioner.

In 2009, with the merger of Sanyo (founded by Matsushita’s brother in-law), Panasonic became one of the largest electronic producers in the world selling to over 120 countries worldwide.

Today Panasonic prides themselves on being a world leader in the development and technological advances of air conditioners. Their latest range of “Smart Air Conditioners” have been received with worldwide acclaim and use a combination of innovative energy saving technology, an enhanced air purifying system and are voice controlled with a smart phone, while also providing an energy saving of up to 45%.

Domestic air conditioners have come along way, they are energy efficient and stylish to look at.

Mako Air have been supplying, installing and maintaining Panasonic air conditioners in Geelong, Torquay, Grovedale, Anglesea and along the Surf Coast for more than 10 years. Please call MakoAir on 0490 333 461 and know you are receiving the best advice and support.