The History of our humble Refrigerator

The humble fridge, a necessity in every home, but not many people know the history of this beloved household item and its significance on our lifestyle. Recently being voted as “the most significant invention in the history of food and drink”, we would like to pay homage to this amazing invention.

Long before fridges, people chilled their food using nature’s own cool rooms including snow and ice. Large holes were dug in the ground called icehouses , but over the years more practical iceboxes were designed and were used as the primary source of refrigeration for many families until the 1930’s. 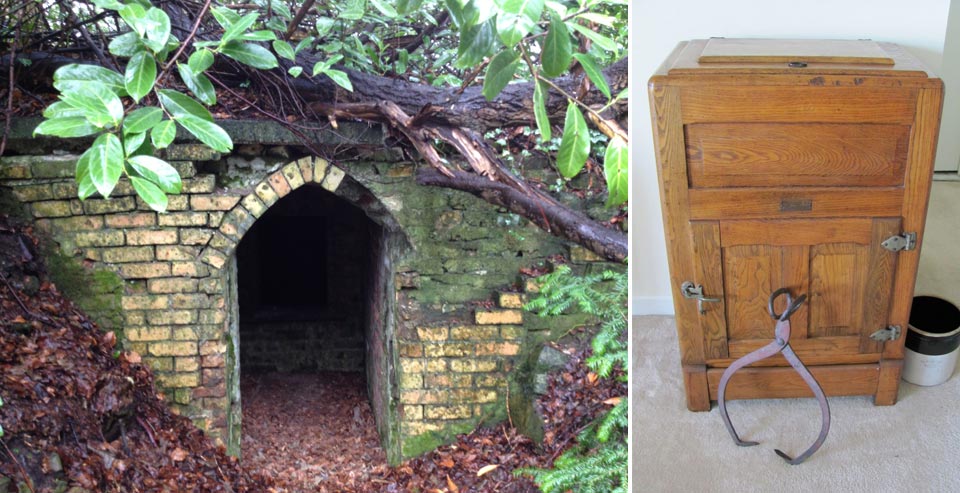 Warm winters and contaminated waters meant a shortage of natural ice in the 1890’s and provided the drive for experimenting with mechanical means. In 1918, the first mechanical fridge was introduced by Kelvinator costing over $700 and compared with a new T-Model Ford car costing $450, these fridges were so expensive. In 1926, General Electrics released a more affordable Electric “Monitor Top” fridge. 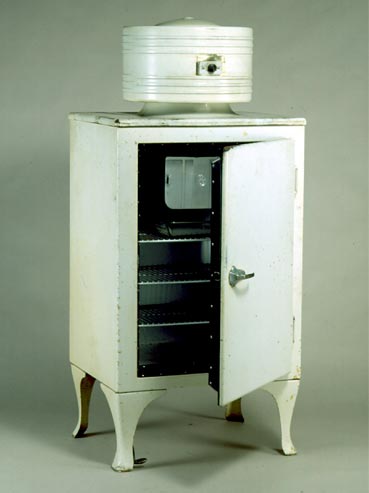 Due to Australia’s distance, costs were high to import fridges. Pioneer Edward Hallstrom therefore designed the first Australian-made domestic refrigerator called the “Icy ball” (pictured below on the right) and later in 1935 introduced the “Silent Night” model selling 1200 units a week until Kelvinator, General Electrics and Westinghouse arrived in Australia and began taking over the market share. 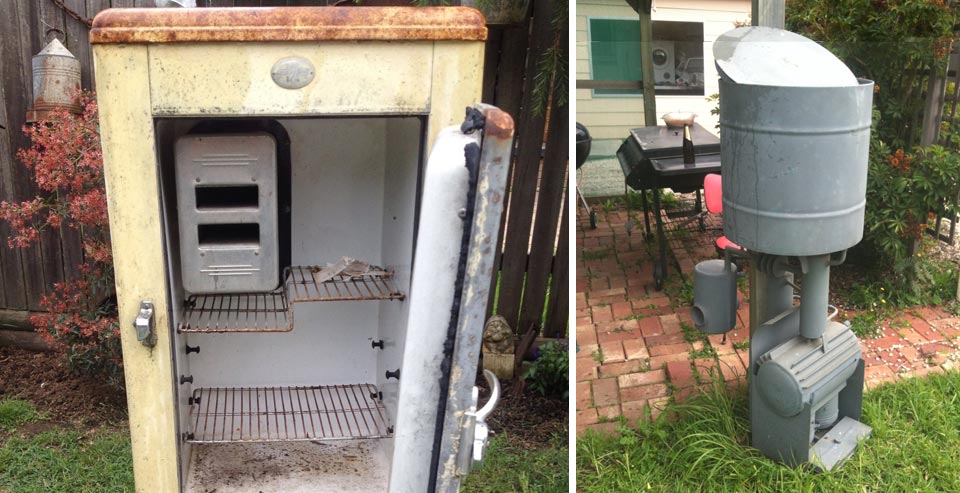 During the 1940’s we saw major changes to refrigerators. Internal freezers and door shelves were introduced allowing food to be kept for longer periods. 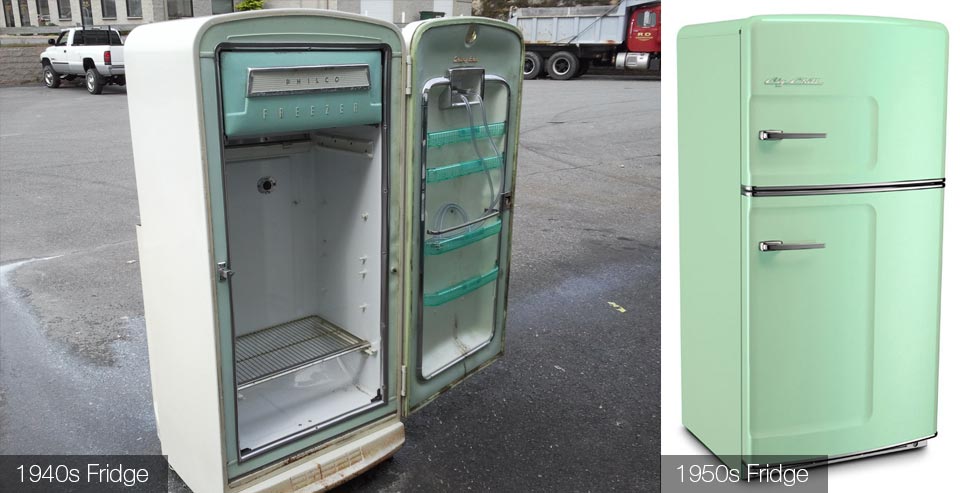 Throughout the 50’s and 60’s huge technological advances took place. Automatic defrosting and separate freezers compartments appeared. Manufacturers began experimenting with design and introduced fashionable colours. By 1964, it’s estimated that 94% of Australian homes had a refrigerator. 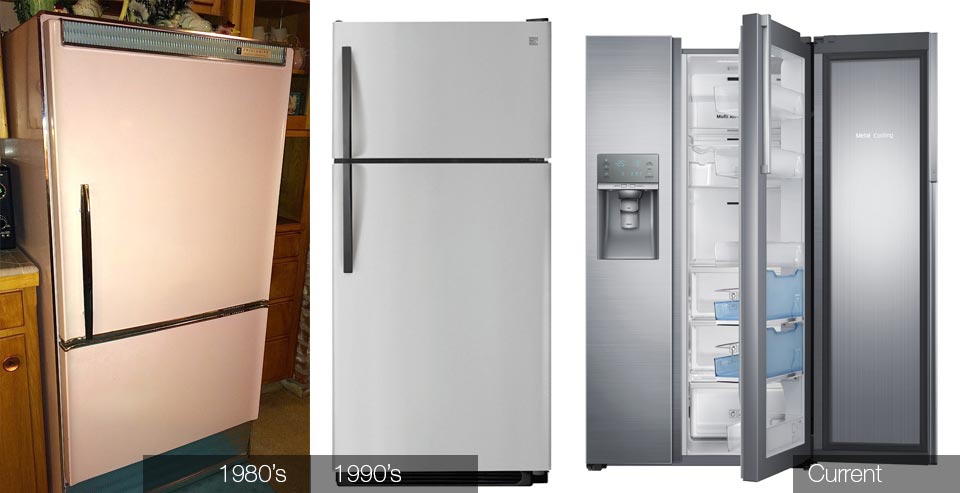 During the 70’s and 80’s fridges became bigger and bigger. The focus was on sturdy, solid and practical. We were also introduced to magnetic seals and I remember as a child needing two of us to pull the door handle together to open it.

Over the past 15 years we have seen the wonderful introduction of ice makers, water dispensers, crispers, LED panels and many styles, such as the side by side fridge/freezer. Technology is changing so
quickly and with the talk on internet ready “smart fridges” being the next big thing, who knows what the future will bring!